PA, Philly go blue, with help from NoLibs, Fishtown and rest of the River Wards and other election news

Biden wins the presidency with help from all six voting wards in the River Wards going blue. 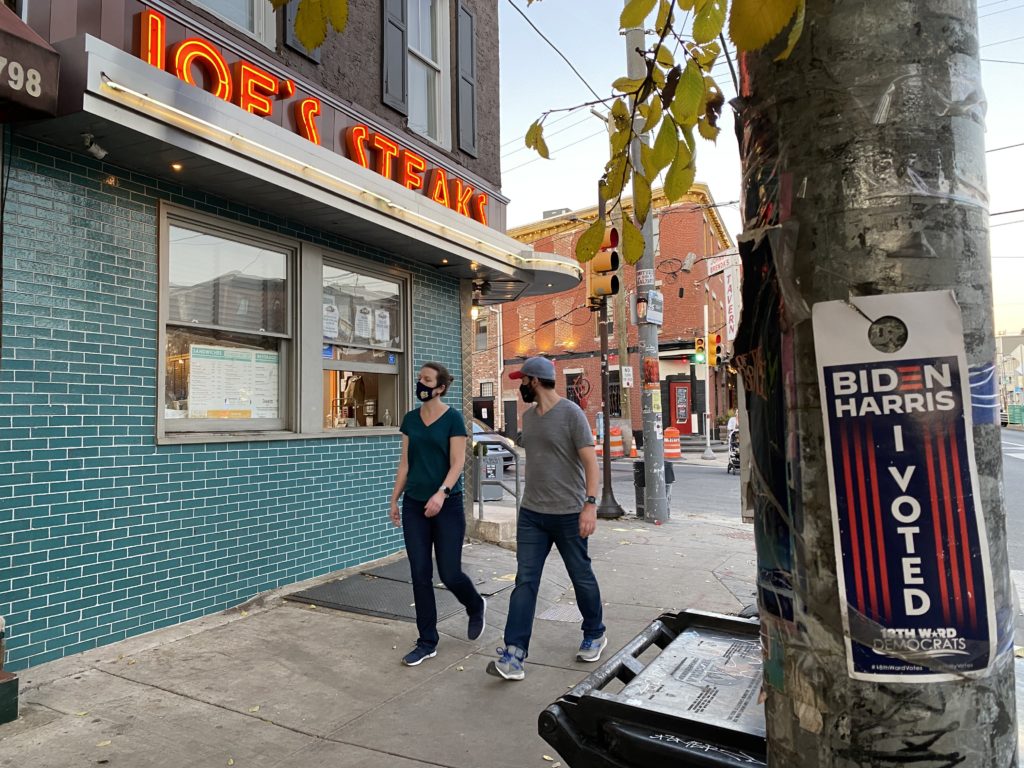 By the Friday after Election Day, the writing was on the wall. As outstanding votes from mail-in ballots and the most Democratic areas of the state were counted – the last of the bunch – Joe Biden would surpass President Donald Trump’s vote tally in Pennsylvania. The gap between the two eventually became wide enough for major networks to call the Keystone State’s 20 electoral votes in favor of the former vice president the next day, pushing him over the pivotal 270 mark. And with that, former Vice President Joe Biden became President-elect Joe Biden. He accomplished the feat with help from all six voting wards in the River Wards going blue: Ward numbers 5, 18, 25, 31, 33 and 45. The Fishtown and Northern Liberties areas were the most lopsided for Biden. Here are the numbers:

Ward 33 (Kensington, Harrowgate and the southern part of Juniata)

Ward 45 (The rest of Port Richmond and Bridesburg)

“I am eternally grateful for the support I received throughout this campaign from the voters, my dedicated team of staff and volunteers, and from my friends and family,” said Hohenstein in a statement on social media on Saturday. “Much has changed since I was first elected two years ago. The COVID-19 pandemic and resulting economic recession upended our lives – but one thing that has not changed is my commitment to helping our community. I am proud of the foundational work we’ve done these past two years. I will continue the work of educational, environmental, and economic justice for the 177th District, the City of Philadelphia, and the entire commonwealth of Pennsylvania in the years to come.”

“The people of the district have spoken and I respect their decision,” he said. “I sincerely hope that Rep. Hohenstein lives up to the trust the constituents have placed in him and I wish him the best of luck.”

“Nearly a year ago, we launched our campaign for State Senate,” said Saval in a statement on social media. “Thanks to dedicated staff, hundreds of volunteers, and thousands of supporters, we won. I am excited to be the first Asian American to join the Pennsylvania Senate and will be honored to represent the First District.”

Ballot Question No. 2, which creates an Office of Victim Advocate in Philadelphia, passed by an 86% to 14% margin. The effort to include the question was spearheaded by Kenyatta Johnson.

“I will now work with the Kenney Administration to fund the office, find it a home, select the new Victim Advocate, and assemble an advisory board of citizens to help guide the work of the Victim Advocate,” said Johnson in a statement. “Thank you for supporting the mothers, fathers and families who have lost loved ones to gun violence in recent years by approving the Office. I put this question on the ballot for them.”

In a press release, Johnson said he hopes to have the new office “up and running by the middle of 2021.”

According to Billy Penn, the scope of the office will include advocating for victims of crimes both as individuals and as a group; ensuring that crime victims know their rights; promoting cooperation among agencies that serve crime victims and providing training; and support to agencies that interact with crime victims.

Facebook
Twitter
Email
Print
Previous articleJim Schwartz says he learned much from watching Alex Trebek and Jeopardy! over the years
Next articleThe art of protesting