“It is not just a Center City issue,” said City Councilmember Derek Green in a recent Zoom meeting. “It is a citywide issue.” 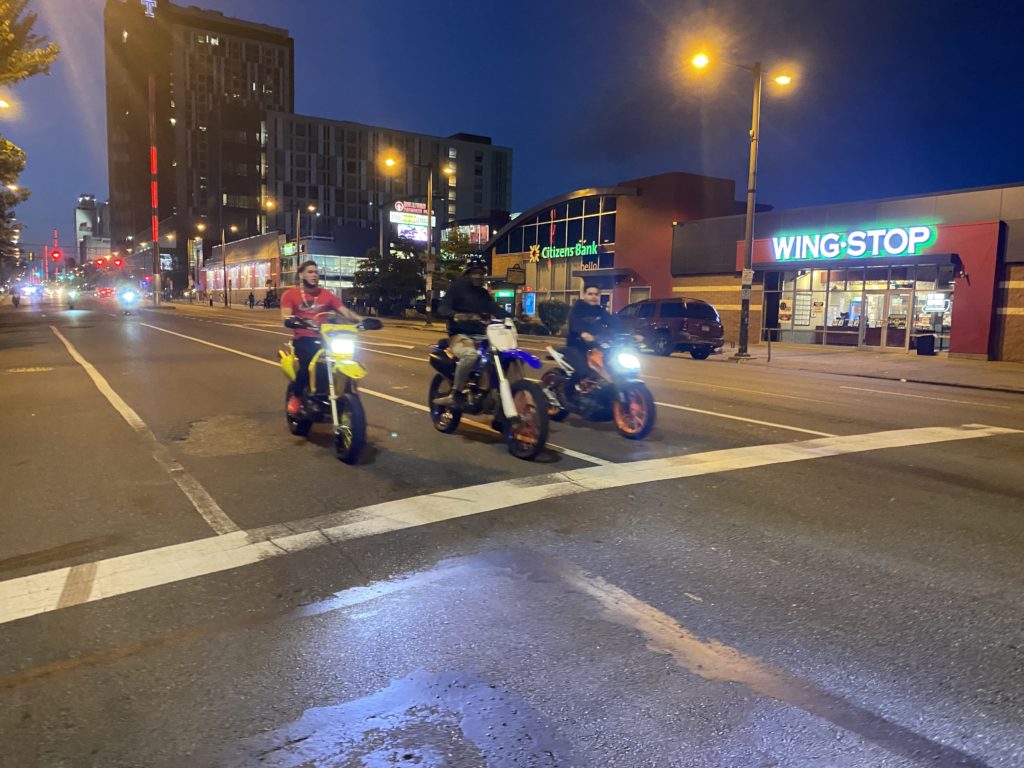 City Council on Thursday unanimously approved legislation that amends the city’s traffic code to close the loophole on the law that enforces the illegal use of ATVs, dirt bikes and dune buggies on city streets.

By clearly defining dirt bikes and dune buggies as illegal street vehicles, the bill will group all the illegal vehicles into one category and give the Philadelphia Police Department the authority to confiscate them.

“It is not just a Center City issue,” said Councilmember Derek Green in a recent Zoom meeting. “It is a citywide issue.”

Prior to the passing of the law, dirt bikes and ATVs were treated differently when confiscated by the police. ATVs could be destroyed by the city after being confiscated with permission from a judge. Dirt bikes, however, were easier for offenders to re-obtain after their confiscation.

“If you notice, there has been an increase in dirt bikes on the street as opposed to ATVs,” said Deputy Police Commissioner Joel Dales. “There’s a very small number of ATVs being returned to the owner opposed to the dirt bikes.”

The bill was sponsored by Councilmembers Allan Domb, Mark Squilla and Green.

“Residents from every neighborhood came to us with their concerns and experiences with dangerous situations that were caused by the illegal vehicle riding,” said Domb. “We also found that the illegal activity is chasing people out of the city at a time when we need people to come back to the city. We will continue to bring people to the table on this issue, including members in the riding community who weighed in on this bill, and find solutions that will keep everyone safe.”

“This bill will end a loophole in the previous legislation to group all the illegal vehicles into one form and treat them the same,” said Squilla. “This legislation is just one tool to address the ongoing safety concerns while we continue to look into alternative measures.”

The Philadelphia Police Department has confiscated more than 200 since the beginning of the year.

“This issue has become a growing problem and impacts numerous neighborhoods across our city,” Green said. “We will not be able to resolve this until we address enforcement, in tandem with alternatives like a designated riding space or flat track-type of area, that could yield community solutions to this issue.”

In addition to passing the legislation, Domb and other councilmembers have been exploring the idea of providing a space in the city where riders can ride safely, enjoy the activity with other ATV and bike community members, and not be forced into the streets where it is illegal to ride. Domb and Squilla recently toured a potential site in Southwest Philadelphia, near the airport.

“It’s not a perfect spot,” said Domb, “but it’s away from any residential and commercial [areas] and it’s large.”

Domb added that two riders who accompanied the councilmembers on the trip were “positive about its location and possibilities.”

There are several issues that would need to be addressed to provide an ATV and bike park in the city, including transporting the vehicles to alternative locations, registering the vehicles locally and what entity would own the park.

“We know there are many hurdles to overcome but we really need to consider the recreational activity shifts for our residents and find some common ground,” Domb said.

“This will be a dream come true for us to have our own place to ride ATVs,” said Joey Zazalino, a member of the riding community and ATV/dirt bike workgroup. “It will be a milestone for the City of Philadelphia and create harmony once again with our youth.”