NoLibs’ 2nd Street corridor is slated for a redesign

Northern Liberties Business Improvement District has announced the development of the Northern Liberties Streetscape Vision Plan. The plan will task NoLibs-based architecture firm KieranTimberlake in partnership with Philadelphia-based PORT Urbanism to re-envision the 2nd Street commercial corridor and set a path for the next 10 years of growth. 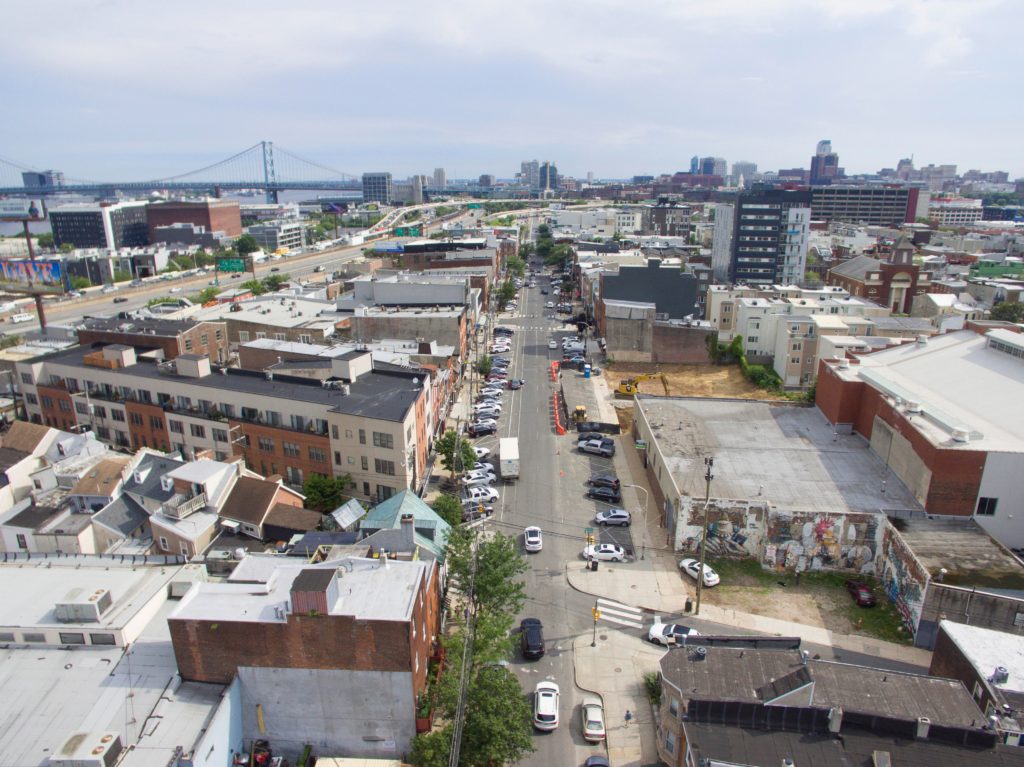 As the Northern Liberties Business Improvement District enters its third full year of operation, it expects its population to nearly double in two short years, with 4,600 new residential units and 184,655 square feet of commercial on deck or under construction, according to a press release. In preparation for those changes, the district has announced the development of the Northern Liberties Streetscape Vision Plan. The plan will task NoLibs-based architecture firm KieranTimberlake in partnership with Philadelphia-based PORT Urbanism to re-envision the 2nd Street commercial corridor and set a path for the next 10 years of growth. The public realm-focused plan will consider pedestrian, bike and vehicular circulation as well as furnishing, greening, lighting, signage and other considerations, including potential new spaces of community collection. Funding for the planning process is supported by a grant from the Penn Treaty Special Services District.

“There has never been a more exciting time to live, work, play and do business in Northern Liberties,” said NLBID Executive Director Kris Kennedy. “We have seen tremendous growth in both businesses and in our population.”

Kennedy said that major construction projects are happening in the neighborhood as far south as its southern border with Old City up to its northern border on Girard Avenue.

“As we enter our third year in the neighborhood,” Kennedy said, “it is the right time to look at what lies ahead for the next 10 years. The creation of the Northern Liberties Streetscape Vision Plan picks right up where the 2004 Neighborhood Plan left off. It will reflect how the neighborhood has evolved and tap into the potential this district has with significant input from the community.” 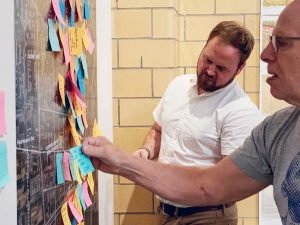 As the neighborhood prepares for this continued and rapid growth, NLBID secured funding and began the vetting process to start the planning process to invest in the next 10 years. The BID didn’t have to look far from home, as it selected a team with its roots in its own community.

“We interviewed five teams during the vetting process,” said Kennedy. “We wanted to find the right fit. We selected the KieranTimberlake/PORT team because of their reputation for bold design, deep understanding of the Delaware waterfront and commitment to Northern Liberties. This is such a unique neighborhood, and we are delighted to work with a team being led by a firm based right here in Northern Liberties. Having a BID in the district enables us to fund this planning process and see it through to execution. The plan is in part funded by a grant from the Penn Treaty Special Services District. We are so thankful for their support.”

“KieranTimberlake has been a committed resident of Northern Liberties since 2015, when we converted the Ortlieb’s Bottling House into our studio space,” he said. “We are deeply invested in the neighborhood and its potential to be a transformative, positive force in the greater Philadelphia region. We are looking forward to teaming with the NLBID and other stakeholders to take this dynamic district into the future.”

PORT principal Christopher Marcinkoski called public spaces in a neighborhood “the front door to a community.”

“These are spaces as important to a resident’s daily activities as they are to the periodic outings of visitors,” Marcinkoski added. “Making sure these public spaces are inviting, intuitive and interesting — building on the given assets and characteristics of the place — is essential to the health and vibrancy of a neighborhood. Provisions of generous greening, furnishing, lighting and wayfinding are convivial invitations to experience and participate in the public life of a neighborhood.”

For the planning process itself, a steering committee of invested residents and property owners convened to offer the design team input on the neighborhood’s assets and needs. This was followed by a public input session on 2nd Street. The first draft of findings will be presented for additional input and comment in September. The process looks to wrap up by mid-fall, with results released later in the fall, or in early winter. The plan will show short-term, “easy-win” projects as well as longer-term, larger-scale projects and a plan for funding them.

For more information about the Northern Liberties Streetscape Vision Plan and to sign up for updates, visit www.explorenorthernliberties.org.