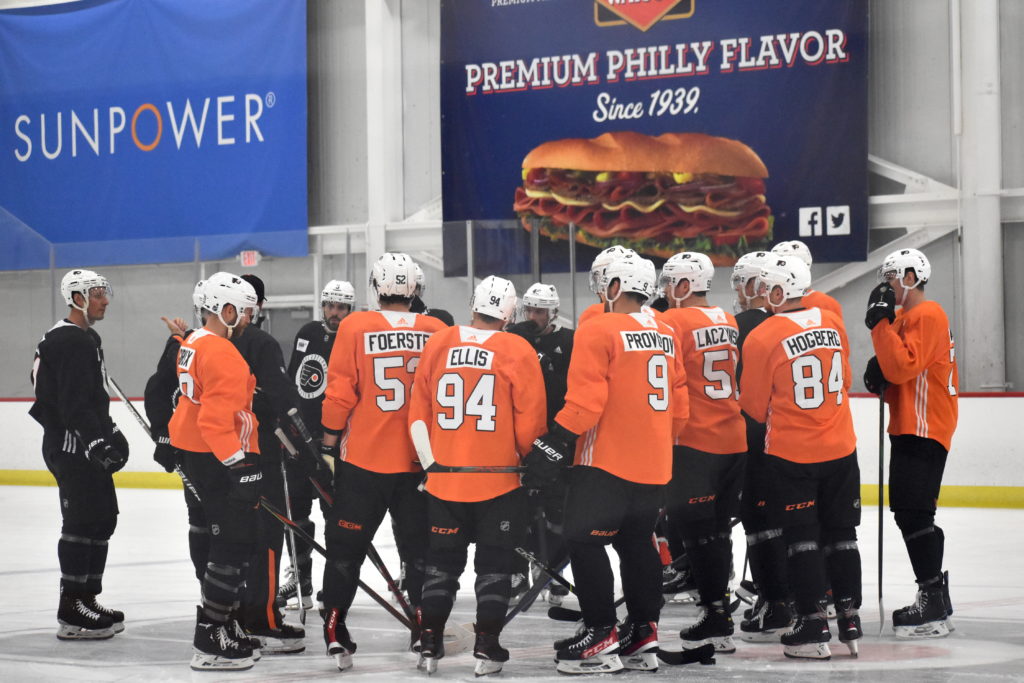 A lot of drama unfolded in the offseason as the Philadelphia Flyers failed to make the postseason for the fifth time in the last nine years during the 56-game 2020-21 campaign.

Longtime staples were traded away and veterans were acquired as the franchise attempted to shake things up after a rather stale decade of Flyers hockey in which the team has surpassed the first round of the playoffs just twice in the last 10 years.

Did they do enough?

No one is expecting the Flyers to win the Stanley Cup in June. As of early October, most betting sites have the Flyers at 30-to-1 to win the Cup, placing them behind 14 or 15 other more favorable picks. But if the Flyers fall short of the postseason in back-to-back seasons — something they haven’t done since the 1994 season (which stands as the longest such streak in the NHL) — the entire thing would be considered a disaster. Some might say a first-round exit, depending on circumstances, might also reach that description.

The lingering question is, are the Flyers a better team than they were last year?

For starters, they better hope so. The Flyers missed the playoffs by a whopping 13 points last year during a 56-game season. They traded away youth for experience and plugged the No. 1 concern of a top-pairing defensemen after the departure of Matt Niskanen prior to last season exposed a glaring weakness.

They did little to upgrade the goaltending and are all-in on the hopes that Carter Hart will rebound from a statistically atrocious year. They put a lot of faith in a few newcomer players in hopes they will have bounce-back seasons inside what the Flyers consider a better hockey environment. Let’s take a minute to rehash. Gone are Jakub Voracek, Shayne Gostisbehere, Nolan Patrick, Philippe Myers, Robert Hagg, Carsen Twarynski and Brian Elliott. That’s after the team had already unloaded Michael Raffl, Erik Gustafsson and Mark Friedman at the trade deadline.

That’s half a team that left over the last six months.

Ellis, when healthy, is a top-pair defenseman who can play in all situations. He’s Kimmo Timonen with a little added physicality and will help Ivan Provorov immensely as the key shutdown pair. Ellis, however, has missed an average of 20 games a season over the last four years.

Atkinson loves to throw pucks at the net and is only a few years removed from a 41-goal season. He’s coming off his two worst shooting percentage seasons of his career, which means he’s due for a resurgence. He can also play all situations and is a threat to score on the penalty kill.

Jones is a big goalie (6 feet 4) who had a remarkable start to his career in San Jose, posting three straight seasons of .912 or better save percentage. However, as the Sharks tanked, so did he, running .896 over the last three years. The Flyers are hoping a change of scenery will help Jones regain his early form and become a reliable backup.

Yandle hasn’t missed a game in more than 12 years. His 922-consecutive game streak is just 32 short of Doug Jarvis’ NHL record. Yandle’s strength is quarterbacking a power play unit and the Flyers seem to be willing to give him that chance, rolling with the No. 1 unit in preseason. Playing for near the veteran minimum on a one-year deal, Yandle’s arrival could help provide offense on the cheap. He has surpassed 50 points five times in his career, but the Flyers would probably be extremely happy with 30-40 considering the investment.

Ristolainen’s underlying numbers have always dragged down the large Finn’s reputation as a defender. In the past, he’s given the Flyers fits as an opposing player who plays with an edge. The hope is that he can form a solid, reliable second pairing with Travis Sanheim and be tough to play against every night.

Thompson was here for a short stint two seasons ago and is known as a reliable fourth-line center who is good at the faceoff dot. He won’t score a whole lot, but he could be a good mentor for Morgan Frost, especially while Kevin Hayes heals from offseason abdominal surgery.

Brassard could be considered another sneaky good low-risk signing by General Manager Chuck Fletcher. The 34-year-old is well past being a 60-point guy who can still produce about a half a point a game if put in the right situations as he did two years ago with the New York Islanders.

The offseason transactions caught the attention of long-suffering Flyers fans, but a lot of the improvement will need to come from the returning players.

Hart will need to be better, no doubt.

But the Flyers will also need a rebound season from Travis Konecny, who had just 11 goals in 50 games last season, following a year where he played in the All-Star Game. Oskar Lindblom, who appears to be much stronger after recovering from Ewing’s sarcoma, will be counted on for more than the 16 points he posted last year.

And the Flyers will need to continue to get stellar play at both ends from Sean Couturier (41 points in 45 games last year), as well as scoring from Joel Farabee (20 goals last season) James van Riemsdyk (17) and Hayes (12), once he returns from injury.

And then there is Claude Giroux.

It was another season where Giroux led the team in points (tied with 43), yet received a noticeable amount of blame for the team’s shortcomings.

Giroux, the longest-tenured athlete in Philadelphia and the longest-tenured captain in Flyers history, has yet to sign an extension to his contract that expires next summer. He has a no-movement clause so the Flyers cannot trade him at the deadline unless he agrees to waive the clause. Giroux is still a valuable player but not the 100-point guy he was in the 2017-18 season. Will he be back in a Flyers uniform next season? The next 82 games will probably have a large influence.

Hart puts last year in the past

The great Montreal Canadiens goaltender Jacques Plante once asked: “How would you like it, if at your job, every time you made the slightest...
Read more
Sports

Five Bold Predictions for the 2021-22 Flyers

The National Hockey League will finally return to a “normal” 82-game season after two straight years that were shortened due to the pandemic. But,...
Read more
Sports