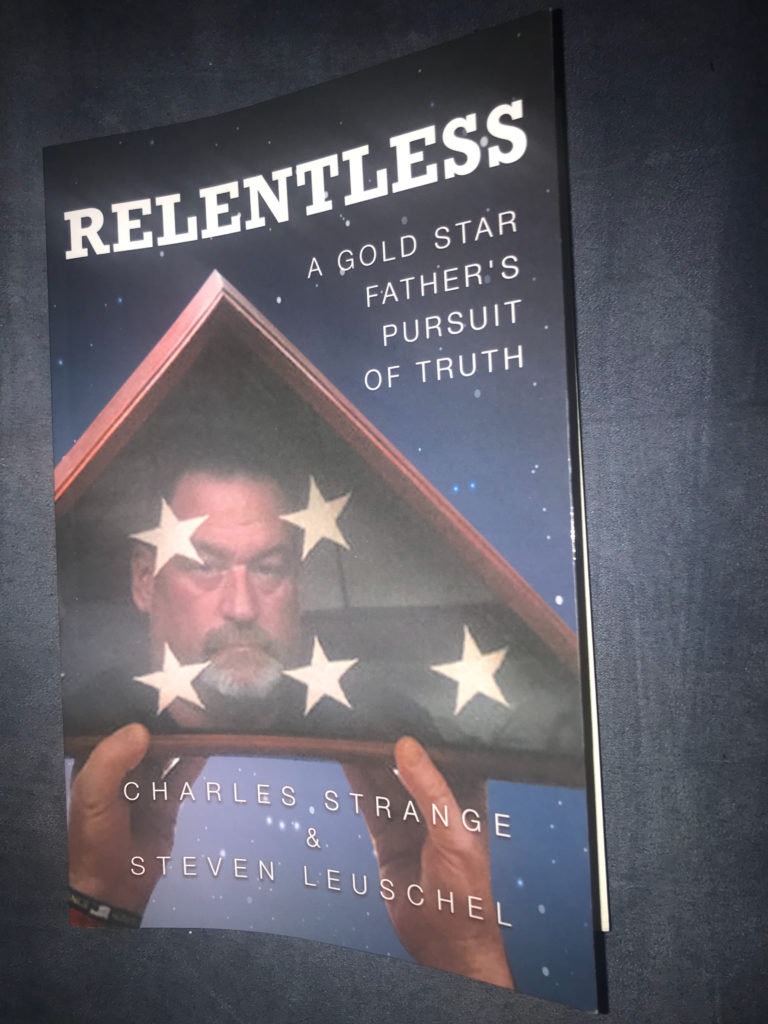 For a decade, Charlie Strange has tried to find out how and why his son was killed.

U.S. Navy Petty Officer 1st Class Michael Strange, a cryptologist on SEAL Team 6, died in August 2011 when his helicopter was shot down by the Taliban in Afghanistan.

In all, 30 Americans and eight Afghans were killed, along with a SEAL dog.

Charlie Strange’s research on the fatal mission has led him to have more questions then answers.

Strange details his concerns and what he sees as countless government inconsistencies in a new book, Relentless: A Gold Star Father’s Pursuit of Truth. His co-author is Steven Leuschel.

Why did Strange write the book?

“Nothing will bring my son back, but I did it so it doesn’t happen again,” he said of what he views as cover-ups.

Michael Strange, 25 when he died, grew up in Wissinoming and attended Lawton, St. Bartholomew and North Catholic. He worked at Byrne’s Tavern and joined the Navy after graduating high school in 2004.

As the book notes, much of Strange’s work was top secret. When his dad asked him how things were going in Afghanistan, he’d reply, “Did the Phillies win?,” changing the subject, whether it was baseball season or not.

Strange came home for the last time in June 2011, soon after the raid that killed Osama bin Laden [He and SEAL Team 6 were not part of that raid]. Two months after his visit, his Chinook helicopter, Extortion 17, was shot down by insurgents.

Charlie Strange and his family met President Barack Obama and Secretary of Defense Leon Panetta at Dover Air Force Base when remains were returned. Strange has had unanswered questions since that day.

A funeral Mass for Michael Strange, who had plans to be a nurse or firefighter, was celebrated at the Cathedral Basilica of Saints Peter and Paul. He was buried at Arlington National Cemetery.

Today, a mural featuring Strange’s image is on the side of Celtic Shirts, at Belgrade and Clearfield streets in Port Richmond.

Charlie Strange, with help from his wife Mary and others, formed the Michael Strange Foundation, which assists Gold Star families.

Strange credits Vets Journey Home with giving him some peace and comfort.

In the book, he writes that few elected officials have been helpful. Exceptions were former Florida Rep. John Mica, who was interested in getting answers to his questions, and ex-Congressman Bob Brady, who tried to put them in contact with someone who would be able to assist.

The Stranges and their granddaughter were at the FOP Saturday night, selling books and T-shirts to benefit the Michael Strange Foundation, during a performance by popular band Country Rogue, a foundation supporter.

In addition to promoting the book, Strange is planning the foundation’s next weekend workshop. It’s scheduled for May 6-8, with some activities at CTR1 Michael J. Strange Post 6617/Bustleton Memorial American Legion Post 810, at 9151 Old Newtown Road.

For more information on the upcoming weekend workshop, visit PO1Strange.org or the Michael Strange Foundation page on Facebook.

To buy Relentless, go to barnesandnoble.com. A paperback copy costs $19.99.