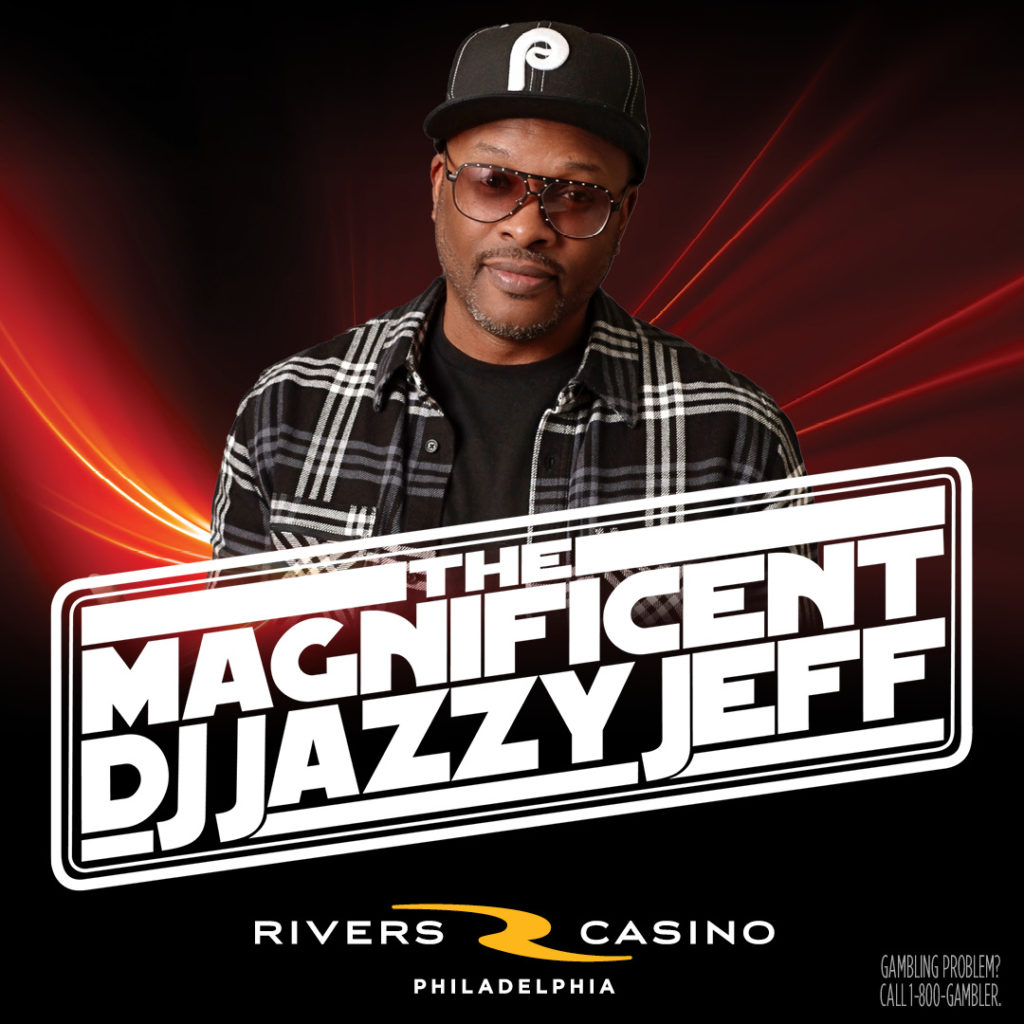 DJ, producer, and West Philly native DJ Jazzy Jeff has set up a residency at Rivers Casino, with his first of four performances scheduled for Saturday, July 2, at 8 p.m. at the Jack’s Bar + Grill stage. Additional dates are Sept. 17, Nov. 23 and Feb. 17, 2023.

“I’m so excited to be coming back to Rivers this summer,” Jeff said in a press release. “The dance floor was packed with amazing energy for my last show in March. I’m looking forward to seeing everyone again in July.”

Jeff rose to fame as one half of the duo DJ Jazzy Jeff and the Fresh Prince with fellow West Philly native Will Smith. They became the first rappers to win a Grammy Award in 1989. Since then, Jeff has gone on to win multiple American Music Awards as well as establishing his very successful production company, A Touch of Jazz.

“We’re thrilled to have a Philadelphia legend like DJ Jazzy Jeff join us for recurring performances,” said Justin Moore, the general manager of Rivers Casino. “He’s one of the most recognized names in the industry, and it’ll be great for guests to have more chances to see him.”

Additional information regarding tickets can be found at RiversCasino.com/Philadelphia.

The Swimmo reopens in Fishtown