On June 24, Roe v. Wade was overturned. The final opinion issued by the Supreme Court was almost identical to the draft leaked about two months ago, just before primary elections. The decision, coupled with a troubling concurrence from Justice Clarence Thomas, sends a message to more than half of all Americans that they cannot control their own bodies; that they are second-class citizens, without access to safe, legal abortion; and it threatens further undemocratic judicial activism that would attack rights most people in the United States support and accept as the norm.

Anyone who can become pregnant deserves access to care – including a safe abortion – as part of their fundamental human rights. I have always supported the right to choose, and I will continue to do so in the Pennsylvania legislature. As a representative, it is my role to hear my constituents and amplify their voices, especially on issues where I may be the only person in power listening to them. In a male-dominated legislature, it is my obligation to listen to anyone who may become pregnant; respect what they say about their own health, bodies and the choices they have to make in all aspects of health care; and give voice to their experiences and needs. On this issue, I stand with all people who assert the need for equal access to the full range of health care, including safe, legal abortion.

When this decision was leaked in the month of May, it presented a second threat beyond the very real danger of cutting off health care access and control over a person’s own body. That threat is to the legitimacy of the Supreme Court itself and the strength of our systems of law and justice. The court, per Justice Alito, says it is upholding a concept of “ordered liberty.” However, the decision is heavy on recognition of a particular “order” and not on individual liberty. It uses a historical analysis of abortion law that references, and gives deciding weight to, centuries in which women were seen as vessels and not decision makers. One of the sources he cites, Matthew Hale, was a noted misogynist who presided over witch trials. This type of thinking is backward and does not recognize that ALL people deserve to be able to control their own bodies and that the state does not have an interest more important than self-determination.

Just as troubling is the concurring opinion of Justice Thomas, who says flat out that the Constitution does not give any rights to a fair legal process: “the Due Process Clause does not secure any substantive rights.” If he had his way, the court could allow the State to take away rights to married people to have contraceptives and same-sex relationships, and tell the people who they can and cannot marry. This describes a police state with the government in the bedroom, not the free state intended by the framers of the Constitution.

We the people deserve to have institutions that have earned our confidence. I am concerned about both the way this opinion came to light, the wording of a newly asserted “state interest in fetal life,” Justice Thomas’ concurrence and the power the court would give over the private lives of the people. The court is not giving the people what they deserve: well-reasoned statements to support a rule of law that upholds a balance of liberty interests. Instead, we have gotten a half-baked opinion filled with archaic references to a time when women were barely considered human, let alone full-fledged citizens and human beings. The court has failed to consider a position that most of the country supports: All people deserve access to health care, including safe, legal abortion.

Currently, the law in Pennsylvania is that abortion remains legal, and I will do all I can to keep it that way, and to provide full access to that health care. I fear that the court has done us all a disservice with this decision. I will move forward, respecting the rule of law; but I will always insist on a better way of engaging in the very difficult social and political debates that government and the courts have to decide for the people. That way remains listening to the people I represent and doing what I can to make sure their voices are heard by other people in power. 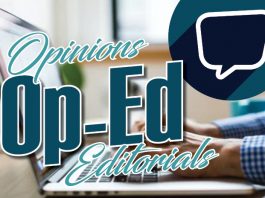 Shop locally for the holidays

No to Sixers arena in Chinatown