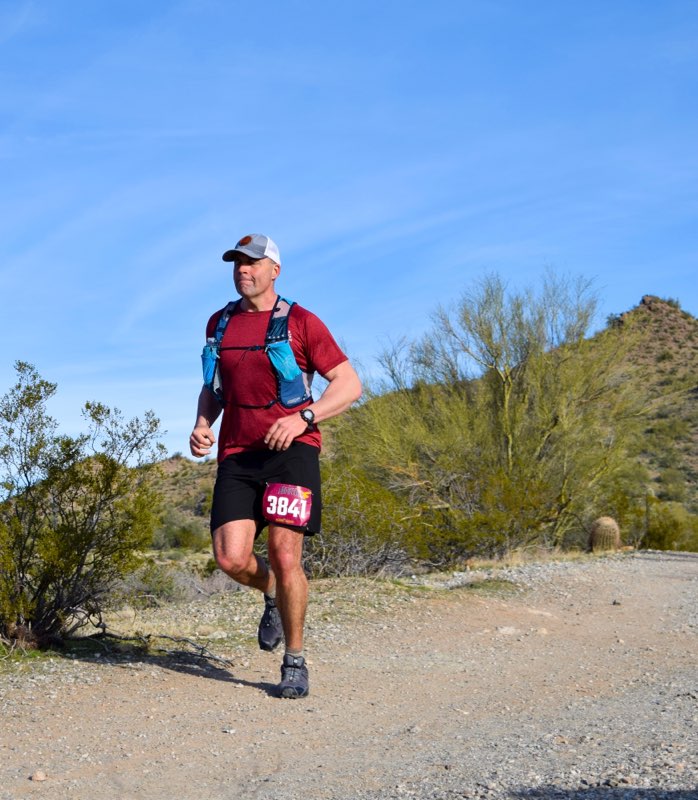 You can’t run 240 miles without taking the first step.

That’s one Jim Logan needed to take to get to where he is today.

Logan is a 1996 graduate of North Catholic High School and lifetime Port Richmond resident. And growing up he was always a great athlete, but a few years after graduating from high school, he wasn’t in his best health. He was bartending, drinking and not living the best lifestyle.

“I drank a lot,” Logan said. “I led the Northern Division in scoring my senior year, but I went to college and dropped out, and started going to bars, hanging out. I did that for 10 years. I was 346 pounds, around 27 years old. I had high blood pressure, everything I did involved drinking, gambling and drugs.

“I was a smoker, two packs a day. I didn’t go to the doctor. I fell into a depression and ended up going to rehab in 2005. I worked the weight off, stopped drinking and focused on my physical health and my mental health. Before that, I didn’t go anywhere but a circle, my house and the bar.”

By 2013, he was back to his playing weight and he started to run. He worked himself into good enough shape to run a marathon.

Now, a marathon is a brisk jog for Logan.

He just finished running Moab 240, a 240-mile race through desert, canyons and two mountain ranges in Moab, Utah. He started the race on Oct. 7 and finished four days later. The official time was 103 hours, 23 seconds.

If you think that sounds brutal, you might be underestimating it. By the time he was done, he had a nosebleed from the dry air, his feet were covered in blisters and he truly was running on very little sleep. But he was covered with satisfaction from completing the brutal run.

“It’s definitely different because you have to run with a backpack and I had a big backpack, it weighs about 20 pounds,” Logan said. “I had a gallon of water, and you have to have calories, mostly protein bars, I had a bunch of them. It’s really hard to eat because it’s so dry.

“I didn’t have much sleep. There are aid stations where you can get sleep and eat. I was eating cheeseburgers because you need the calories.”

It’s not just the running, the lack of sleep or the not eating that makes the Moab 240 such a difficult race. You also have to brave the elements.

At times, you’re running through the desert. That was the easy part.

Logan also had to go up and down mountains. The weather went quickly from hot to cold. The elevations changed. Everything about this race is a challenge, and it’s one Logan is proud to check off his list.

“Temperatures weren’t bad but the sun exposure was,” said Logan, who works as a plant manager at Charles Jacquin et Cie Inc. in Port Richmond. “A lot of sun during the day. When you start going up the mountains at night, it gets chillier. You have to have a jacket, hat and gloves. There’s a lot you have to worry about.”

Luckily, Logan had good friends in his corner.

His crew consisted of his brother John, his running buddy Jeff Kirby and his partner Theresa Sessions.

“They’re a big part of this, even going into the aid stations all beat up, they’re helping,” Logan said. “They would just keep saying, ‘What can I get you?’ They’re there right away. My brother set up a tent, Theresa was making sure I had the calories I needed. Jeff paced me for one session so I had him with me for 20 miles at night one time. A lot of runners had pacers. I was snoring while I was running. I have to believe him. You’re out there for so long, when you get closer, you don’t want to sleep, you’re almost there.

Finishing the grueling race was a great feeling. It once again showed Logan how far he’s come since he dedicated himself to running. And while he took some time to rest up, he’ll be right back at it once he recovers.

“I can look back now and say it wasn’t that hard, but the thought at the time was how am I going to do two of what I just did?” asked Logan. “The mindset is keep going. Just go, right? Every run that I did, I felt the same at the end no matter what the distance. You feel beat up. When you start running distances, you get to a point where you’re physically hurt. You’re not going to hurt more, you’re just going to have to endure that pain. It made sense to me. It made me want to try it. It doesn’t hurt more, it just hurts longer.”

And he plans on hurting more in the future.

Logan, who qualified and ran the Boston Marathon, will do the Moab next year as part of doing the triple crown of 200-mile races. He’s going to do Tahoe in mid-June, Bigfoot in August, Moab in early October.

Logan has come a long way from just running back and forth to the bar.

He’s changed himself and is a great role model for anyone who thinks they can’t do something.

“I thought about ending it, that’s where I was when I was at the end of my drinking. Thank God I didn’t have the balls to go through it. I felt stuck and didn’t see an end.

“And here we are 17 years later and my life is much different. I drank at the Chug a Mug. My life was the Chug a Mug, and being around booze, gambling and drugs. Now I’m traveling around the country, running and doing this. I never would have believed it. It’s all because I found something I believe in. It’s hard to put into words.” ••