The Star caught up with Collazzo, a Port Richmond resident who most recently served two years as the executive director of Mayfair’s BID, and talked to him about his experience, what drives people to Fishtown and what changes business owners and residents can see in the area. 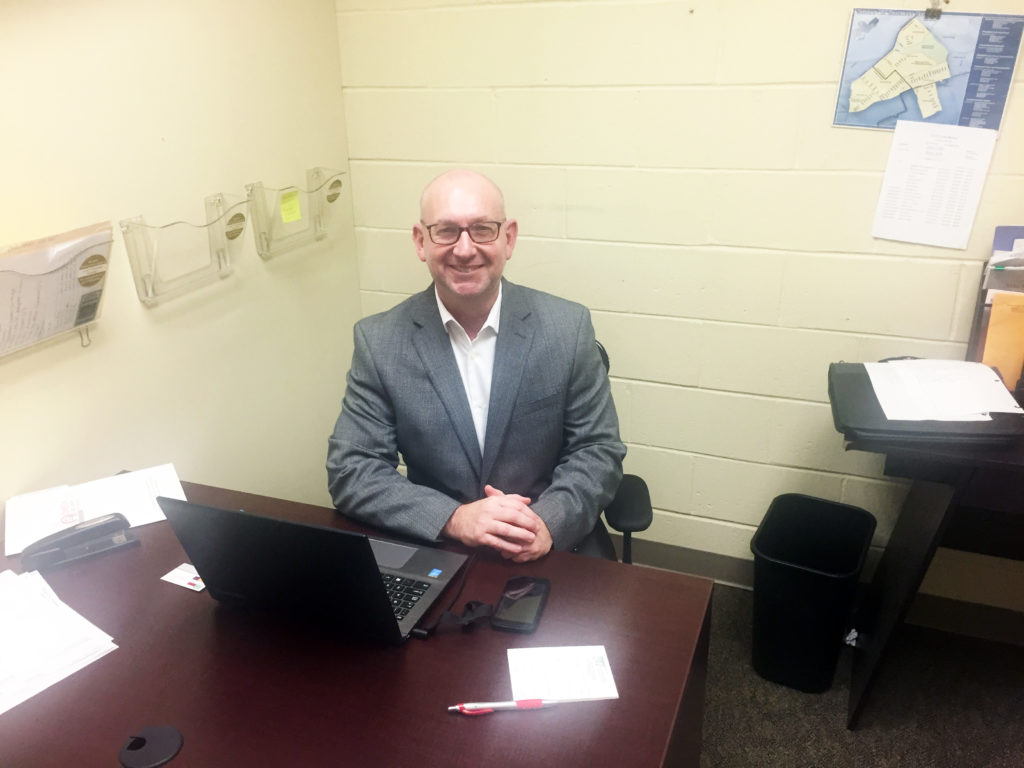 Local business owners’ desire to formulate a business improvement district dedicated to the booming Fishtown and Kensington neighborhoods dates to 2018, and as of 2020 they finally got their wish. The Fishtown Kensington Area Business Improvement District (FKABID) is officially open for business – sort of. That’s because the BID doesn’t have an office yet. But the BID’s working on that, and it should have a permanent workspace starting sometime in February, though a lease has yet to be signed. What the BID does know, however, is the name of the man who will be working inside that office. His name is Marc Collazzo and he was recently named the BID’s executive director. The Star caught up with Collazzo, a Port Richmond resident who most recently served two years as the executive director of Mayfair’s BID, and talked to him about his experience, what drives people to Fishtown and what changes business owners and residents can see in the area.

Can you tell us a little bit about your background?

Well, you know, it’s funny. It took me a very long time in life to find what my passion is. I’m 51 and look every day of it. My background is that I’m an attorney by trade, but I spent a few years as a director of legislation for Councilman Frank Rizzo, but then spent seven as a chief of staff for Rep. John Taylor. It was such a wonderful opportunity and a wonderful mentor because he really was all about helping the community and working with everyone, collaboration. I got to wear so many different hats. Administrative, constituent service, I helped write legislation and when Rep. Taylor was deciding to retire, he sat me down and he asked me to run. I couldn’t have said no quick enough, and the opportunity in Mayfair came along. That was part of our district, and I took it. It was such a wonderful combination of all the things I had been doing, but community development to bring resources and work with the property owners and residents to bring the things that they want and get the neighborhoods the attention they deserve.

What made you want to leave the Mayfair BID to come to the newly created Fishtown-Kensington one?

I really loved it, and we were able to do a lot of great things, but as I get older – I use a lot of sports analogies, Tom – so it’s like a baseball player. You want to get to the Majors, right? Fishtown is such an extraordinary place and if you were to ask 50 people to use a word to describe it, you’re going to come back with ‘excitement,’ ‘energy,’ ‘thriving.’ I really thought it was a wonderful opportunity, especially because they were just starting so I could help them get rolling, but there was so much more opportunity here to really enhance the neighborhood, come up with cohesive plans for development and really be able to go to the next level with my career path in a neighborhood that is really second to none in the city.

What do you think it is that drives people to Fishtown?

It is such a unique thing because everything sort of happened over these past 10 years or so organically. There is obviously the nightlife that I really think got everybody excited because in today’s world when it comes to shopping and everything else, you get what you want brought to your home. People love to go out for an experience, and Fishtown has that, but it still has the history of the neighborhood. There is that unique artist component that was always here, so there’s a creative aspect that you can see in different areas. There are businesses and retail that you just don’t see. One of the things that I think is so wonderful about it is that for corridors to thrive, I think that it’s not just that people come to shop and work, but you also want to live there. You want to be able to walk out your door and have everything that you could ever want right there. And that’s what really brought people to the development to live here. To me, there’s nothing like it in the city anywhere else. There are 14 BIDS in the city and this really is a model not just in Philadelphia, but for the region of how you really revitalize a community. There’s still much to be done and I’m certainly thrilled to be able to help do that, but that’s why I came up with the tag phrase ‘Find it in Fishtown.’ If you need it, you can find it here, and that’s why you see young professionals with small children moving in. You see empty nesters, retirees – everything in between because of all that it has here and its location to everything else.

For people who may not know, can you explain what a BID is and how it benefits the community?

It’s a statutory creation. The city has 14, and it is where property owners – usually in a commercial area, a corridor area – they want to invest in themselves and in a way it’s insurance. It’s insurance on your growth, it’s insurance for attention and resources. So it’s a statutory creation where the property owners in a designated area vote to be part of this district, and as a result, they pay an annual assessment and it’s based on the assessed value of your property that the city does and a formula that we come up with. That money goes right back into the district. It doesn’t get sent to the city, state, federal government. It’s not a tax. Residential owners are exempt, but if you’re using your property for profit, you are part of the BID. Basically, these funds are used for additional street cleaning and additional security.

Can you explain some of the tangible differences that people will see within the community?

One of the things we’re immediately going to do is we’re going to be starting a program where we install security cameras at designated intersections. We’re going to grow it each year. They’re going to run live to the 26th District. So we have another tool for our officers who are stressed as it is – basically we’re giving them another set of eyes that we can all look at. And the community and property owners know that they can call us if something happens. During phase one, we’ll be installing cameras on several intersections on Girard and some problem areas like Front and Girard and others. We’ll be unveiling that in the coming weeks. Also, we have the ability to work with the 26th District to hire overtime police. So we can pay to have two foot officers patrolling on designated days, locations and times – especially when it’s more high volume – that they’re going to check into all these different properties and make sure everything is OK.

We’re also going to help make streetscape improvements, including additional pedestrian lighting. We’ve already engaged the Philadelphia Parking Authority and the city and the state. They’re already starting a parking study here for our area. Parking is our most common complaint from residents and business owners, and we want residents to know there are places to park. We’re going to be able to get a study back to tell us where those areas are and how we can improve. Could we add angled parking in certain areas? Maybe, and the BID will have the ability to go get that done.

As I understand it, there’s also been talk about street cleaning? Is that right?

What does an almost daily basis mean? How many times a week?

I want to say five to six. It’s going to be a lot. To me, whenever you run a BID, that’s almost the first thing. If you talk to every business improvement district executive director, most of them will tell you street cleaning’s the first thing that everybody wants.

Will there be public meetings

By our ordinance and bylaws, we’re required to have an annual stakeholders meeting each year, and that’s for everyone. We are about transparency to everyone. Once we get our website revised, we’ll have our meeting minutes on it so people can see what we’re voting on and people can send me concerns.

This interview was lightly edited for clarity and brevity.