HomeFeatured | Home PageEagles’ Brandon Graham wants to bring his usual intensity to the most... 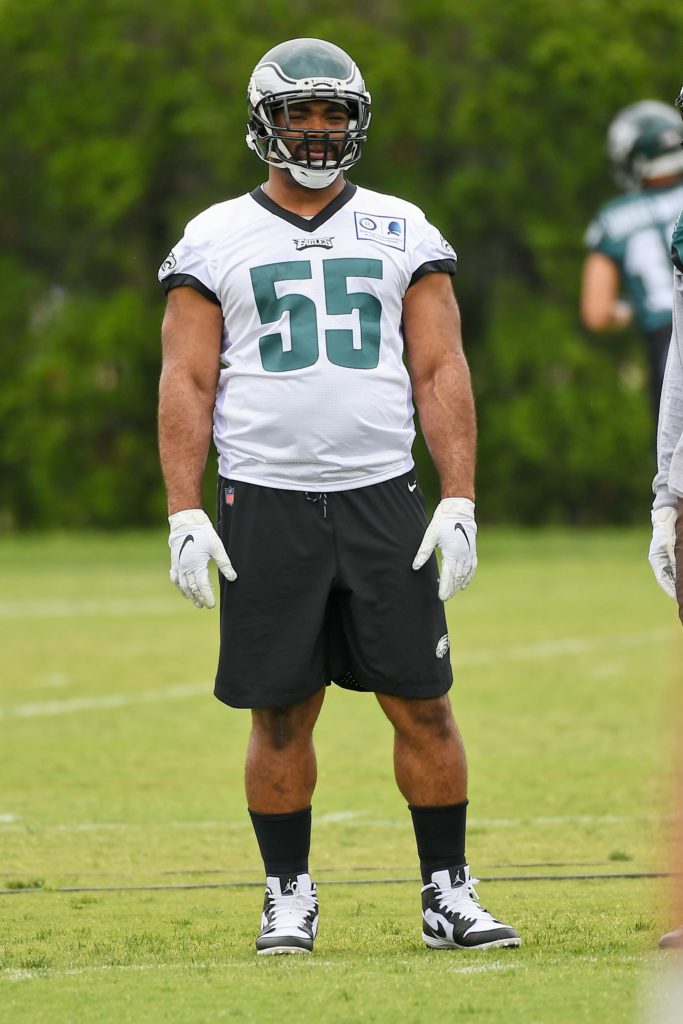 Since he was drafted in the first round out of Michigan in 2010, edge rusher Brandon Graham has been a leader on the Eagles defense.

His strip sack of Tom Brady at the end of Super Bowl LII is widely considered by Eagles fans as the greatest single play in franchise history.

The 32-year-old plans to enter his 11th season in Philadelphia again as one of the club leaders and plans to push his teammates to postseason glory, even in the face of a pandemic that has stopped all sports from operating even close to normal.

During a recent video conference call with Philadelphia reporters, Graham was asked if the virus and the length of his tenure were keeping his enthusiasm from reaching its normal high level of intensity.

“I’m all in,” Graham said. “Because it’s all about having an advantage. I feel like we have an advantage right now. We’ve got the same coach, all we’ve got to do is make sure we take this offseason like we’re supposed to, and work your butt off and when we get back coach will take us slow through this thing before we really start to get after it.

“I’m really excited more so than anything because I feel like when stuff like this happens it’s only shaping us up for a better future,” Graham continued. “I think we can learn a lot from this situation, despite all the loss (time) that we have had. We can come back stronger and more prepared if ever there’s a next time. I’m looking at it the same way, I just want to go and win a ring. Because when this stuff calms down, that ring’s still going to mean something.”

Graham said he realizes not everyone is wired like him. With no OTAs or mini camps to build chemistry, how tough will it be to form those team bonds? Graham said again that coaching stability is going to be key.

“It’s going to be a big challenge,” Graham said. “Everybody is going to be behind. The best thing we have going for us is we have the same coach and we understand his system and all we have to do is lead by example once we get started. Things are going to be a little rusty ‘cause no one has been with each other, working out together like we do in OTAs, and building that chemistry. I think what we have going for us is we have some guys that we all played together. We’ve got to just bring the new guys in, they’ll adjust and we’ll cover for them as long as we can, until the bullets start firing. That’s why preseason is going to be key this season.”

Graham is carrying on with a heavy heart. Several family members from his home state of Michigan were stricken by the coronavirus.

Graham said he had three people he considers his family contract the virus and that two passed. His father’s sister survived her battle. “We were thankful for that,” he said.

But his grandmother’s sister on his father’s side passed from the virus. In addition, a friend of his father’s wife also caught the coronavirus and lost her life.

“She was like an auntie to me,” Graham said. “She passed and was a close friend of the family. That was really tough because she went from talking to us every day to no response and one day later she was gone. It was like it got real bad real fast.

“That’s still tough,” Graham continued. “Me and my dad were talking earlier. It’s tough, but you’ve got to keep pressing, keep going on. We understand it’s a part of life. But it’s just part of the way things are happening. It’s tough for the family right now.”

Graham said he and his family decided to stay in the Detroit area for now.

“We were thinking about driving back, that’s how bad it was,” Graham said. “But we stayed strong and stayed here and finish out and come back when it’s time.”

Like several of his teammates and coaches have said in previous interviews, he has put his trust in the NFL and its medical team to give direction on when it will be time to start practicing as a team in person at NovaCare.

“No. 1, I said I don’t want to live in fear,” Graham said. “I’m going to trust that the NFL, when they say it’s time to go, it’s going to be for our best interest. When they say they’ve done all their homework, things are looking better, yeah, there’s going to be some timidness, but you’ve got trust that everybody is doing the right things and going to help the situation than just trying to be reckless with it. I’m going to trust it when we get back, that’s it. I’m going to try and be as normal as I can. Just be safe and not worry about it. If things happen, I feel like…I’m not going to live in fear. That’s the No. 1 thing.”