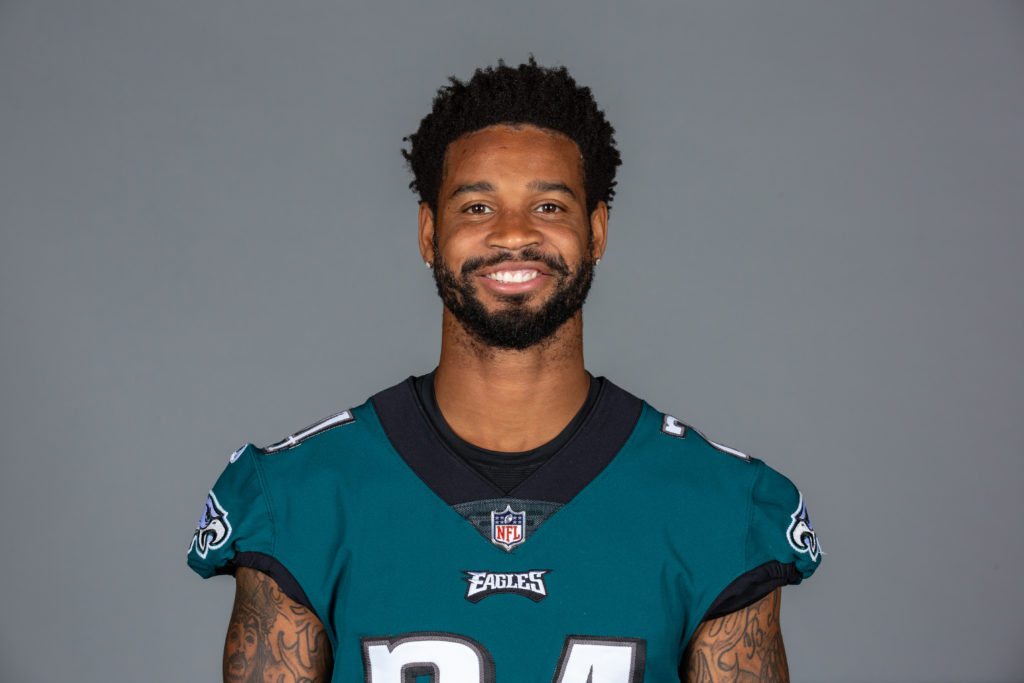 When a three-time NFL Pro Bowl player joins a team, no doubt there are players who will want to pick his brain to see how he was selected to be an all-star multiple times.

If you are lining up against teammates who are among the elite at their position in the league, the “iron sharpens iron” philosophy comes into play.

Darius Slay, on March 20, 2020, was traded from the Detroit Lions to the Eagles in exchange for third- and fifth-round selections in the 2020 NFL Draft.

Slay signed a new three-year deal the next day worth $50 million, including $30 million guaranteed.

That kind of contract brings a certain level of responsibility on the field, in the locker room and on the practice field.

Slay was asked if he had any type of defense he felt the most comfortable playing in, and does he pick whom he is covering when the opponent comes to the line of scrimmage? Who decides that?

“It’s going to work however the D-Coordinator wants to work,” Slay said at a recent video conference. “He (DC Jim Schwartz) kind of put out there I’ll be following the top receiver, which I’ve always been doing and I’m very comfortable with it. But I’m just here to work, so whatever he needs me to do to make the defense better, I’m going to do.”

Last week, Jalen Mills talked about his transition from cornerback to safety. Mills has been slated to start at strong safety, taking the place of Pro Bowl pick Malcolm Jenkins, who left the Eagles and signed with the New Orleans Saints.

Mills said he believed practicing against Pro Bowl tight end Zach Ertz and quarterback Carson Wentz would push him to make his transition to safety a positive for the Eagles defense.

“No doubt,” Mills said. “At the end of the day, this is the position I played at LSU for two years, so it’s just not something totally new to me, playing safety. I played it before. And I’m going up against the competition that we have here, going against our offense. I’m going against arguably one of the best, if not the best tight end in the NFL in Zach Ertz. And him having a great quarterback as far as Carson (Wentz). So, I think that’s a great thing for me having those guys to go against every day. This Eagles team, you guys know our camp practices … man, they’re competitive. They’re super competitive, and I think this is going to lead us into a great season issue.”

During his talk with the media, Slay was asked if he was on the same page with Mills. Would he work to push the offense to be better going into the season, and did he think players like Ertz, Wentz and wide receiver DeSean Jackson could make him a better corner.

“We’re gonna do both,” Slay said. “We’re going to work each other. They’ll help me become a better corner, and I hope I can make them a better receiver, tight end and quarterback. My goal is to make them better. That’s how I always play the game. If you’re not coming into the game and teaching another guy knowledge and making him a better player, you’re not a great teammate, and I love to be a great teammate So, I’ll give off all knowledge I know to any of those guys, to make sure they become the best, because I need them on Sunday.”

Slay announced he would be wearing jersey No. 24 in memory of Kobe Bryant. Veteran free safety Rodney McLeod already wears No. 23.

The 29-year-old played in 103 games over seven seasons for Detroit, starting 94. Slay has missed just nine regular season games in his career.

The second-round pick out of Mississippi State has 19 career interceptions and led the league in 2017 with eight picks. He has recorded 347 combined tackles in his career.

Slay enjoyed his best season in 2017, when he recorded 60 combined tackles (54 solo) and came up with a career-high 26 pass deflections and a league-high eight interceptions. He was named First-Team All-Pro that year.

It is obvious the Eagles are looking for Slay to be a major contributor this season. He said the team made him feel at home from the start.

Slay was asked what he liked about the Eagles so far.

“What I like about this team is everybody is themselves,” Slay said. “They’re not in a shell, worrying about, ‘You can’t do this or you can’t do that.’ You get the feeling that you’re being treated like grown men. I like the aspect of that. It’s a grown-man treatment. You be yourself, not something you’re not. They let you do that here. And that’s why I think we’ll have a lot of fun here this year … the game’s going to be fun again.” ••

Facebook
Twitter
Email
Print
Previous articlePhilly L&I: Reporting contractors digging under basements is “one of the most important things” residents can do
Next articleEssential aid