Home Featured | Home Page Penn Home is where the heart is

The facility is closing due to reasons related to COVID-19. But it’s not what you think. 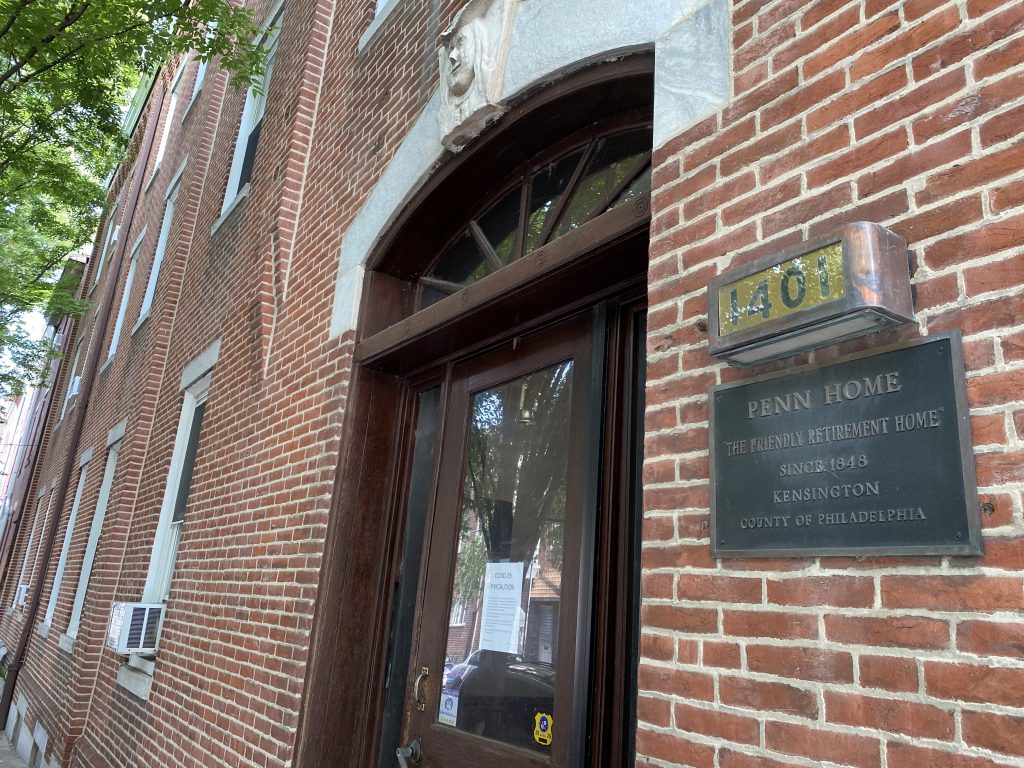 It was about 10 years ago when Teri Ramsay’s family faced the reality of one of the hardest decisions they ever had to make. Ramsay’s mother, Camille McCleverty, who was living in Fishtown with Ramsay at the time, was in her late 80s and suffering from dementia. Caring for her was becoming a second job. The work piled up.

“Things were getting to be really too much,” she said.

As Ramsay explored the idea of putting her mother in a personal care facility for the elderly, McCleverty resisted.

“She was combative about being placed somewhere, understandably,” said Ramsay. “Then you add the dementia to it, it was a challenge to figure out how to transition her to a personal care facility where she could still feel as much of herself as she was able without feeling like she was in an institution.”

Ramsay admitted that her mother, who was nicknamed Hurricane Camille, could be a “diva” sometimes.

“She’d cause chaos and havoc wherever she went,” Ramsay laughed. “She never leaves the place how she found it.”

To make the situation more difficult, McCleverty simply didn’t have much money for Ramsay to work with. Her income consisted of nothing but Social Security checks and some extra cash supplied by Veterans Affairs, which Ramsay was able to procure for her mother since Ramsay’s father had served in the military.

Initially, they checked out the Philadelphia Protestant Home in Lawndale. But the sprawling 600-person complex seemed too large, especially for someone with dementia who was easily confused. Someone eventually suggested Penn Home, 1401 E. Susquehanna Ave., in Fishtown.

“It was wonderful,” Ramsay said. “It’s such a small, cozy place. It never felt like an institution.”

Eventually, McCleverty was convinced. What did the trick?

“She thought [Penn Home Executive Director] Mark Sauer was really good looking,” Ramsay said with a laugh. “That really sold her on the place.”

McCleverty got set up with her own apartment on the second floor, near an enclosed patio. Penn Home was only five blocks from Ramsay’s house, so the two would eat lunch together almost every day. Unfortunately, McCleverty passed away in 2013, three years after moving into Penn Home. But because of Penn Home’s hospitality, the end of Ramsay’s mother’s life was filled with enjoyment. Residents’ days at the facility were filled with bingo games, parties and visits from neighborhood children’s groups who would adorn residents’ doors with homemade decorations for holidays like Christmas and Valentine’s Day.

Today, residents of Penn Home still experience that enjoyment. But not for much longer.

“Sept. 30 is set to be our closing date,” said Sauer, the facility’s executive director, who referred to the decision to close as “heart-wrenching.”

According to Sauer, the facility is closing due to reasons related to COVID-19. But it’s not what you think.

“There’s been no cases of COVID in the facility,” Sauer explained. “No residents or staff have been diagnosed.”

Despite the lack of infections, one-third of Penn Home’s staff resigned over time out of fear that working in the facility left them vulnerable to the disease. This made it difficult for Penn Home to meet the state’s minimum staffing requirement. Sauer and company issued job postings for the positions, but nothing ever came of them.

“We had a couple phone calls and made appointments but no one ever showed up,” he said. Sauer pinned the problem on the federal government’s initiative to give those collecting unemployment checks an extra $600 a week. He described the extra money as “an incentive not to go to work.”

“Unfortunately, the way the unemployment is now, anyone who resigns and says it’s because of COVID is automatically approved for unemployment,” he said. “Nobody has called in to see if we’re hiring. Even staffing agencies are having a hard time trying to find staff for us.”

As a result, the 172-year-old neighborhood staple is shuttering its doors.

“We were community based,” Sauer said. “A lot of residents and their families were from the neighborhood.”

While the staffing issue was the primary reason for the building’s closure, Sauer said that there were some secondary issues related to the infrastructure of the building, parts of which were more than 200 years old. He informed the Star that the building was initially purchased by Penn Home in 1854. The first major expansion of the building happened in 1894.

For the past few weeks, Penn Home has been helping its residents find alternative housing options. At the time Sauer spoke to Star, all but two of the 20 residents had found new places to live – including Sauer’s own father.

“That’s a value that will be missing for the residents of this neighborhood and their older parents if this place shutters,” said Ramsay. “The fact that it was affordable, cozy and familiar. We had great times at barbecues and Christmas parties and birthday parties there.”

She said that she became “good friends” with Sauer.

“We were in constant communication,” she said. “I knew all the staff really well.”

Ramsay, who is the founder and executive director of a neighborhood parenting group called By My Side, said that what she’ll miss most is bringing the kids from her group over to Penn Home to deliver candy for Halloween and decorate for holidays.

“I understand some of the challenges, especially during COVID,” she said, “but it broke my heart when I heard that Penn Home was closing.”

If you’re looking to do Eagle chants and hear hosts scream that the offensive line sucks or Doug Pederson is a bum, this might...
Read more
News

When the Rev. Joseph Zingaro, 67, passed away in May, St. John Cantius parish in Bridesburg lost a pastor and a pillar of their...
Read more
5,853FansLike
1,367FollowersFollow
- Advertisment -