HomeSportsFive Bold Predictions for the 2021-22 Flyers

Five Bold Predictions for the 2021-22 Flyers 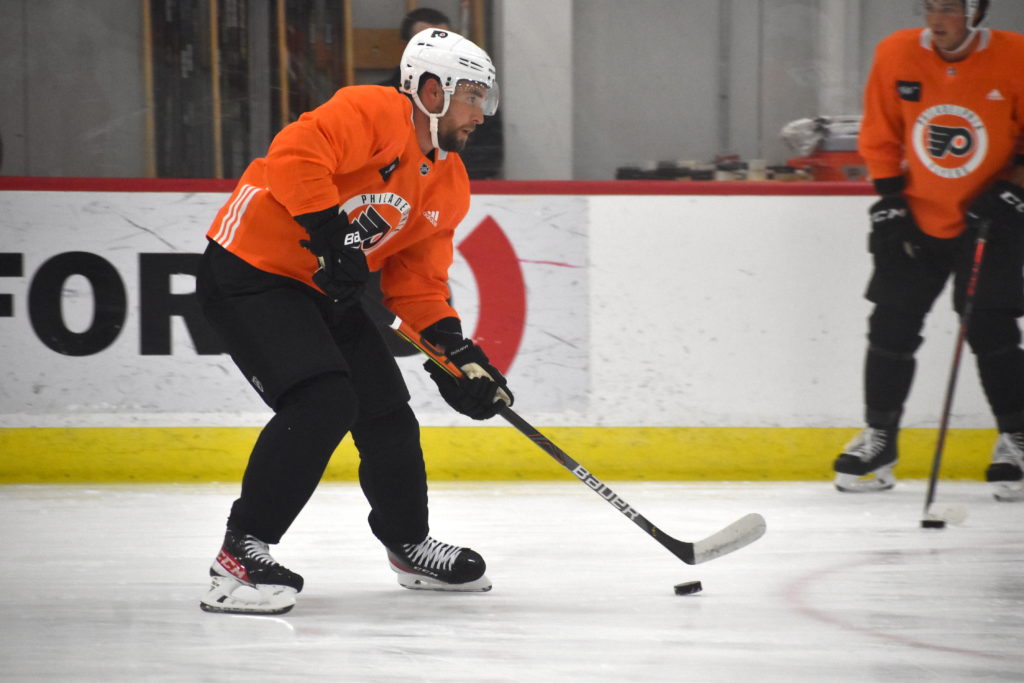 The National Hockey League will finally return to a “normal” 82-game season after two straight years that were shortened due to the pandemic. But, for the Flyers, it’s been a year that seems tough to gauge due to a ton of offseason moves. We make five bold predictions anyhow that could happen this season with a little wishful thinking.

Flyers will actually have a good start

Even without Kevin Hayes early on, they have a chance to come flying out of the gate. The Flyers open with four straight home games, including Vancouver, the expansion Seattle Kraken, Boston and Florida. They then hit the road for a three-game swing through western Canada against Edmonton, Vancouver and Calgary, before returning home to host the lowly Arizona Coyotes.

Is it too much to ask for a good start to the season? It’s conceivable the Flyers could go at least 3-1 on their opening home stand and possibly take two of three in Canada and complete the eight game stretch with a win against the Coyotes on home ice. A 6-2 start would be wonderful. Anything less than 10 points would be disappointing. Only three of those eight games are against 2021 playoff teams.

Cam Atkinson will lead the team in goals

You wanted bold, right? But when you really think about it, this isn’t that far-fetched. In the most recent full regular season (2018-19), Atkinson potted 41 goals for the Columbus Blue Jackets. Yes, his production has slipped in the last two shortened seasons, but a shoot-first mentality guy on a team full of pass-happy players could be a great spot for Atkinson to ramp it up again. For context, the last Flyers to score 40 in a season was Jeff Carter (46) in 2009. The career high for any current Flyer, aside from Atkinson, is James van Riemsdyk’s 36 goals while in Toronto. Claude Giroux’s career high is 34, while Sean Couturier’s is 33. No other current Flyer has broken 30.

It’s going to happen at some point and he could be a Norris finalist in the very near future, maybe even this year. The 2021-22 season is built for a workhorse like Provorov, whose iron man streak (he’s never missed a game) will be put to the test with an added trip to the Olympics undoubtedly mixed in. A condensed schedule and the addition of his new partner Ryan Ellis play into Provorov’s strengths. The only drawback is an abundance of capable power play-anchoring defensemen on the team this year to take away some point-piling opportunities. A Flyers postseason berth should push Provorov up a few Norris ballots this season. HIs best finish was 17th in 2020 when he was paired with Matt Niskanen. The Flyers haven’t had a top-five Norris candidate since a 35-year-old Chris Pronger finished fifth in 2010.

Travis Konecny will finally get his 25 goals

He’s come close. Three times, he has finished a season with 24 goals before ending up with a disappointing 11 last year in 50 games. Konecny, a new father, has reportedly shown up to camp in great shape and could see the bulk of his time playing next to Claude Girioux and Sean Couturier. Maybe it’s not too bold to say he scores 25. So let’s go with 30.

The Flyers will win the Metropolitan Division

This doesn’t mean there would be any playoff success to follow, but why not think they can finish with 100 or so points? The division overall is pretty good, but it’s tough to find a juggernaut in the Metro these days and the Flyers should be an improved team. Pittsburgh won the East Division last year but will start the season with a few significant injuries. Carolina let Dougie Hamilton and their goaltending duo walk and an old Washington is another year older. The Islanders have yet to prove they are a regular season dynamo despite turning it up in the postseason and will play their first 13 games on the road. It’s there for the taking and if you believe they have a chance, you can get about 9-to-1 odds on it at the moment.