HomeSportsHart puts last year in the past

Hart puts last year in the past 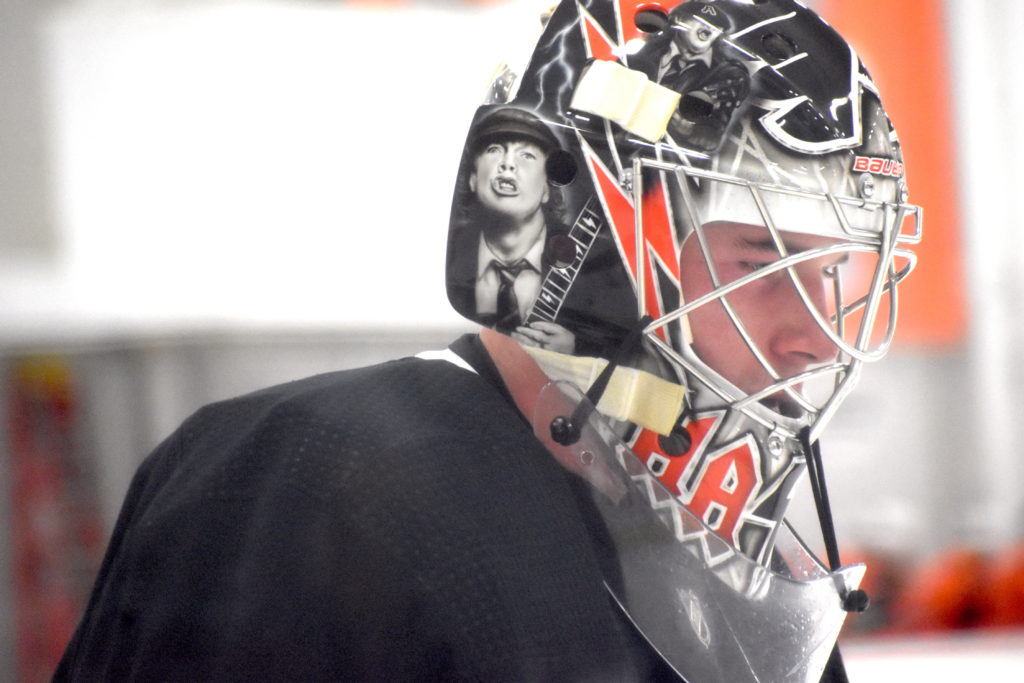 The great Montreal Canadiens goaltender Jacques Plante once asked: “How would you like it, if at your job, every time you made the slightest mistake, a little red light went on over your head and 18,000 people stood up and screamed at you?”

It’s the pressure of being a goalie in the National Hockey League. Arenas are even bigger now and television and streaming audiences allow hundreds of thousands to take notice of those tiny miscues.

And perhaps no city more than Philadelphia has tortured its fanbase with the goaltending position since Bernie Parent won back-to-back Stanley Cups in the mid-1970s.

For the first two years of his still-infant career, Carter Hart had settled the stomachs of Flyers fans with his cool and collective play between the pipes at the Wells Fargo Center. He put out fires behind a team that struggled to defend and he established a reputation as an unflappable, unbothered presence under the magnifying glass over the Flyers’ goal crease, kicking shots to the corners and being the backbone of a playoff drive that finished one game shy of reaching the Eastern Conference Final.

Call it what you want, but Hart’s 2020-21 season was about as ugly as the mangled faces of goalies in the 1950s before Plante became the first guy smart enough to wear a mask instead of blocking slapshots with his bare face.

Hart went from a .917 and .914 save percentage in his first two years to a .877, which ranked last (54th) among goalies who played in at least 17 games. His teammate, Brian Elliott (.889), was 53rd, meaning it might have had more to do with what was happening in other areas of the rink.

“Last year’s in the past, so it has no effect on this upcoming season,” Hart said during preseason. “I think this summer, we made a lot of good moves, lost some great players but I think some of the guys coming in will fill some big roles and step up. I’m looking forward to the start of the season.”

The Flyers are banking on Hart’s pedigree, skill and confidence to turn things back around. It’s fathomable to think that maybe in an uncertain shortened season that was plagued by a lingering pandemic, Hart’s 27 games of the 2020-21 season were just a blip on what could become a very good career.

The Flyers showed a measure of confidence by signing Hart to a new contract, although a three-year deal just south of $12 million didn’t exactly scream franchise savior. Hart will need to regain that trust if he wants to remain the best option to solve decades of goaltending misery in Philadelphia, which somewhat recently included the wild adventures of Michael Leighton and Ilya Bryzgalov.

He’s proven he can be the guy in big moments on the big stage. He was voted the best goalie in all of Canadien Junior Hockey twice and led Canada to gold in the World Junior Championships in 2018.

The Flyers, to their credit, went out and made corrections to their blue line in the offseason and are attempting to put more dependable defenders in front of their 23-year-old goalie. Their goal is to win more hockey games and hopefully keep that darn little red light from going on over Hart’s head.

Which Flyers will thrive under new coach?