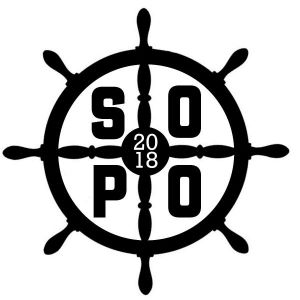 Attended by about a couple dozen people, the meeting lasted a little more than 30 minutes.

SOPO president John Kalicki kicked off the meeting with introductions before turning it over to 24th Police District community relations officer Tina Willis.

“In reference to the homelessness we are facing in Kensington, there is a plan in trying to get them from being along the corridor on Kensington Avenue,” she said. “There is no crime against homelessness, but as people refuse outreach, they are displaced into our communities such as Port Richmond, Juanita and Harrowgate.”

Willis strongly encouraged residents to call 911 if they witnessed any encampments forming in the neighborhood.

The police collaborate with organizations such as Project Home to provide resources to homeless individuals when responding to a call, according to Willis.

Thefts from autos were on the rise, and Willis attributes it to catalytic converters being stolen.

“If anyone has any footage of this type of activity taking place, please give me a call or email me. You can even call 911,” she said.

Vandalism was high, with 19 cases reported, according to Willis.

Kalicki emphasized that support is offered to individuals when the police respond to a call.

Ed Kirby, lifelong resident of Port Richmond and outreach specialist from the city’s Department of Behavioral Health and Intellectual disAbility services, spoke about the city’s role in tackling the homelessness issue impacting the River Wards.

“We work on the field. I’m out in the trenches pretty much four days a week,” he said. “The last couple months, we’ve paid visits to big parks in the area, Campbell Square, Powers Park. We’ve found unsheltered people at Campbell Square, and also at Pulaski Park. We got a couple of them into shelters.”

Kirby is specifically with the community wellness engagement unit.

“As Officer Willis pointed out, it is not illegal to be homeless. You cannot force a person to take help. They can refuse you. And, no entreaty is going to help,” he said. “We try. We do our best.”

“What we don’t want is for Port Richmond’s parks and playgrounds to degenerate into another McPherson Square,” he said. “That’s why we’re actively seeking to keep on top of any encampments that spring up.”

“We’re active in Port Richmond,” he said. “Our whole goal is to serve the communities to ensure people are well. We give wellness presentations. We’re trying to keep communities full of happy, healthy citizens. The communities should be thriving.”

Zoning for a multi-family household living project featuring 15 dwelling units on the 2800 block of E. Thompson was mentioned

The refusal for the application is related to parking regulations, fence and guard-rail heights, the proposed use and the open area requirement in an RSA-5 district.

The developers for the project are scheduled to attend the December meeting, according to Kalicki.

The meeting wrapped up with a Thanksgiving reminder.

“If anyone knows a family in need of a turkey for Thanksgiving, you could shoot us an email. We’re going to see if we can help the person out,” Kalicki said. “We have a couple of turkeys we might be able to get to them. They get it the Monday before. It’s a limited amount, but we’ll try to help them out.” ••

The next monthly SOPO meeting will take place on Wednesday, Dec. 8, at 7 p.m.via Zoom. For updates, follow @Southportrichmond on Facebook.

Facebook
Twitter
Email
Print
Previous articleVFW holds Veterans Day ceremony
Next articlePets of the Week: Diva and Jerry are just for you