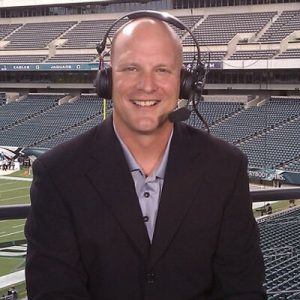 The Philadelphia 76ers seemed to have every piece in place after trading to acquire Jimmy Butler and Tobias Harris during the season to go along with young stars Joel Embiid and Ben Simmons and deadly 3-point shooter J.J. Redick, but in a stunning and crushing six-doink ending on Sunday night in Toronto, Kawhi Leonard’s buzzer-beating shot went in the basket and his Raptors advanced to the NBA’s Eastern Conference finals, while the Sixers went home.

You can find a dozen reasons why the Sixers’ season is over, and all of them are legitimate. One of the shortcomings for this team is that they were, well, short. Short of quality manpower, that is. A lack of bench strength cost the Sixers in the long run, and that’s something the front office will have to address in the future.

You can be sure the Philadelphia Eagles thought the same thing after the 2018 season ended in similar heart-breaking fashion in the second round of the NFL playoffs, as a Nick Foles pass slipped through the hands of wide receiver Alshon Jeffery and was intercepted by the New Orleans Saints. As suddenly as the Eagles were driving for what might have been the winning points, their season ended on the interception.

So what have the Eagles done in this offseason? Yes, they’ve added star power in wide receiver DeSean Jackson and running back Jordan Howard and even defensive tackle Malik Jackson – not exactly a star, but you get the point – and all of those players are going to have key roles this season, but what has separated the Eagles from the rest of the NFL in this offseason is what they’ve done in addition to making the splashy headlines.

Safeties Andrew Sendejo and Blake Countess aren’t household names, but they bring the kind of depth to the position the Eagles haven’t had in a long, long time. Defensive tackle Tim Jernigan wasn’t much of a factor last season as he recovered from a back injury, but bringing Jernigan back for 2019 gives the Eagles a three-man rotation at tackle – Fletcher Cox, Jackson and Jernigan – that is enviable for any team. Zach Brown signed as a free agent after the NFL Draft, and he should compete for a starting spot and solidify an Eagles linebacker corps that was on the lookout for a player like Brown, a tackling machine who was a Pro Bowl player only a few seasons ago in Buffalo.

It’s been that kind of offseason for the Eagles, who set out to build up the roster around quarterback Carson Wentz and seem to have put themselves in position to have a roster that is as deep and competitive as any in the NFL.

“We are looking for competition at every position. That’s what you want every year,” head coach Doug Pederson said. “That’s what you need in this league. We’ve found that out the last couple of years, that you have to get contributions from every player on the roster, and then some.”

Depth counts, a lesson the Sixers learned the hard way this season. The Eagles are hoping they’ve done enough to withstand the war of NFL attrition. They aren’t finished yet, they never are, but the roster has been upgraded in a lot of ways these last few months, with more than just star power. ••

Running down a dream.

Still much to discover for Eagles season