For the first time since the 1950s, the Bridesburg Recreation Center finally has a brand new pool. After spending all of last year under construction, the new pool at Bridesburg Rec will be dedicated by the city on its opening date, June 17, said Alain Joinville, spokesperson for the city’s parks and recreation department. The event will be attended by Mayor Jim Kenney and City Councilman Bobby Henon. Unlike the last pool, this pool is ADA accessible. No longer will residents have to climb the four concrete steps to get to the pool, since this one sits several feet lower than the last one. There’s even a ramp for people in wheelchairs now.

“It gets massive use,” said John McBride, the director at Bridesburg Rec. According to McBride, the pool is the location hundreds of kids descend upon for swim lessons, summer camp, swim teams and swim meets every summer. It’s also the last pool in the city to perform an annual water show, which features a synchronized swimming performance. McBride said that the watershow features different themes every year, usually decided on by the lifeguards. Past water shows have featured Broadway- and Beatles-themed events.

“Every recreation district used to have a watershow,” said McBride. “The second to last one was at Jardel Recreation Center in the ‘90s.”

Not only is the new pool ADA compliant, but it’s also “nicer” and “more modern,” McBride said. The pool goes from 3 ft. deep at its shallowest end to 8 ft. deep in its deepest end. McBride said that the money was earmarked for the pool 10 years ago by former councilwoman Joan Krajewski, but Councilman Bobby Henon has done “a great job to shepherd the project through.”

The total cost of the new pool was $3.7 million, Joinville said.

Soon after the pool officially opens (an exact date has yet to be determined just yet; the rec center still has to do prepare by hiring staff and filling it with water) the rec center will play host to The Inaugural Youth Bridesburg Triathlon, or Bri Tri, on Saturday, June 29. Three age groups will be invited to compete in the event. Group one will feature 5, 6 and 7-year-olds, group two will feature 8, 9 and 10-year-olds and group three will include 11, 12 and 13 year olds.

McBride said the event was done in an attempt to “introduce exercise” but also “to highlight and welcome the new pool.”

Bridesburg’s new pool is one of 70 outdoor public pools in the city, according to Joinville. 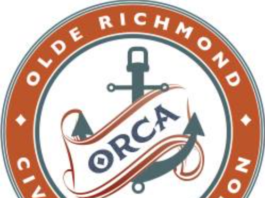 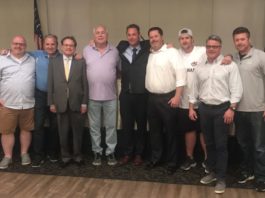