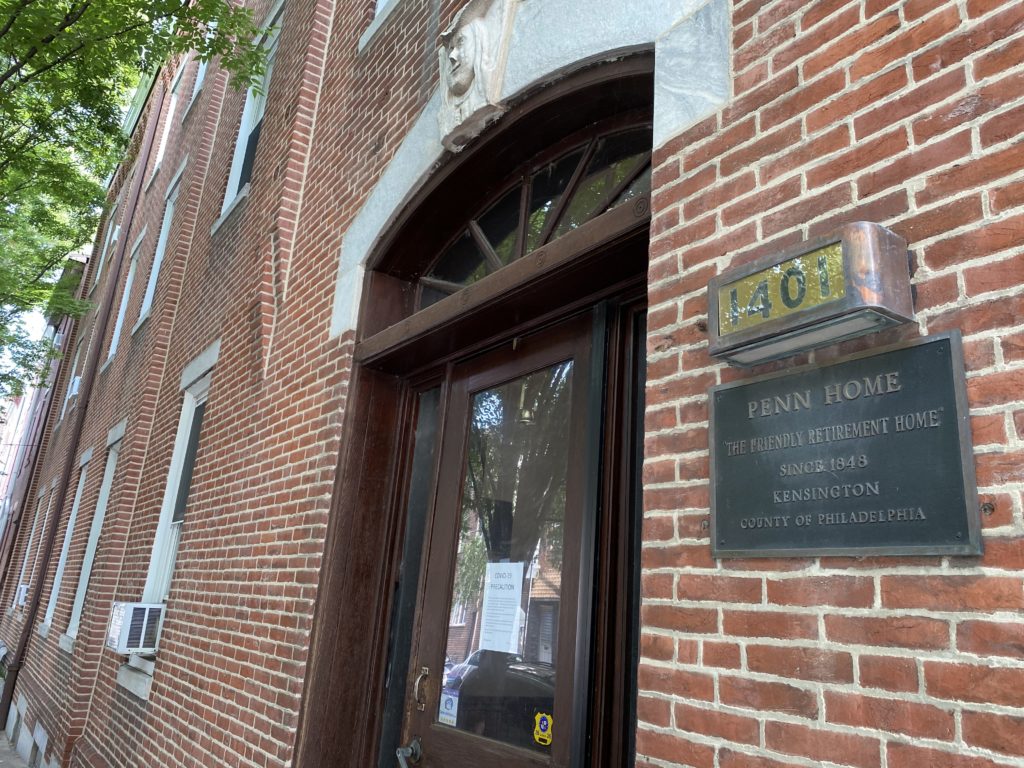 When the Star asked historian Oscar Beisert if he thought the now former Penn Home building – Fishtown’s oldest structure dating more than 250 years – would be demolished if sold to new owners, he responded with a quick answer in the affirmative.

“Without any question,” he said. Penn Home, an old-age facility that served the neighborhood for 172 years, closed at the end of last month. The next step for historians, Fishtown residents and community advocates is preserving the building.

“It’s a property that neighbors had long realized should be nominated,” Beisert said.

When word got out on social media circa mid-August about Penn Home’s imminent closure, locals began reaching out to Beisert, a prolific nominator of structures to the city’s historical commission for designation. He subsequently completed the building’s 46-page nomination in “maybe about five or six days,” he said, “which should give you a pretty good indication of how significant I thought it was.”

With a successful designation comes the stipulation that the building cannot be demolished, as per the Philadelphia Historical Commission’s rules and regulations, save for rare circumstances.

The residents who reached out to Beisert were just some of the community stakeholders who took note of the rather sudden closure of the business. Several wondered aloud to the Star if the closure meant the imminent sale and demolition of the building in favor of a new apartment complex.

“It just seems to me that you have the most historic building on the longest-serving nonprofit institution in this neighborhood and one of the oldest institutions in the city of Philadelphia and the speed in which the decision [to close the business] seems to be made provokes suspicion,” said Michael Layton, one of the founders of New Kensington Community Development Corporation and one of its first executive directors. “I don’t see any evidence that the kind of extraordinary efforts [to stay open] that that institution deserved were taken.”

Beisert, who doesn’t live in Fishtown, wondered the same.

“It is concerning that they haven’t been more forthcoming with the closing and what would happen after it,” he said. “You’d think after 170 years they would have some kind of announcement that was more official.”

Fishtown historian Ken Milano wanted to know why the business’s closure was “such a hush-hush thing,” he asked in an email. “Why did [residents] have to find out about the rumors on Facebook?”

Mark Sauer, Penn Home’s executive director, said that the facility simply didn’t have time to consider releasing an official announcement of its closure because it was busy finding alternative placements for residents.

“Our primary motivation and goal was to make sure residents were properly taken care of,” he explained. “We had to take quick action.”

When asked if he knew anything about the fate of the building, Sauer said it was a topic he and the board had yet to consider.

“We haven’t collectively discussed it,” he said.

“In a vacuum of information, people are going to speculate,” said Layton. “We know that real estate values in Fishtown have gone through the roof and there’s hunger on the part of developers to get their hands on property.”

Since Penn Home is now officially closed, Milano said that transforming the building into modern apartments “would be the ideal thing to do.”

If only it were that easy.

“A lot of developers do not have any idea how to restore and only want to demolish and build new,” Milano added in an email. “The nomination is an attempt to try to make sure the buildings are not demolished.”

Beisert is confident that the building can be reused, so long as the property finds the right developer for the project.

“It takes a developer who’s going to put the time and money and wherewithal to commit to reusing a structure like this,” he said. “It’s not as straightforward as demolishing something and building a row of townhouses.”

The nomination will be heard by the commission likely in the next few months, and those in the know expect it to be designated.

“I think it has a very good chance of succeeding,” Milano said in an email to the Star. “[I]t’s kind of a no brainer really.” 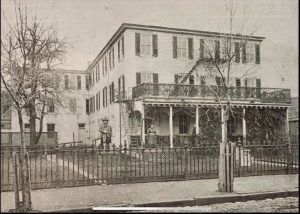 Beisert, who feels the same way about the building’s chances of designation, argued in favor of the building’s historical significance in part due to the age of its original footprint, which he said is the oldest known structure in Fishtown. This part of the structure, which is the stuccoed section of the dwelling visible from Fletcher Street, was built in 1769 – before additions were tacked on in 1858, 1867, 1887 and 1958 (along with the annexation of the neighboring building in 1894). But Beisert also says the building is one of the oldest continually operated old-age homes in the city and one of the earliest founded for charitable purposes. The fact that it was founded and operated by women in the very beginning of its existence adds to the significance.

“While that wasn’t completely unknown,” Beisert said, “it was more unusual in the 18th century for women to be entirely in charge of an institution.”

For most of its history, Penn Home provided housing for women in the community older than 59 years of age, according to Beisert’s research. That changed with an alteration to the charter in the ‘90s, which eliminated the gender restriction.

Sauer told the Star he thought that the building was deserving of the nomination “based on its history.”

According to Sauer, the resignation of one-third of the business’s employees – about eight of the 22 total people who worked there – was ultimately what did Penn Home in. The employees resigned over time out of fear that working in the facility left them vulnerable to contracting COVID-19, making it impossible to meet mandatory state minimum staffing requirements, Sauer said. Job postings were issued for the newly vacant positions but the few people who inquired didn’t show up to interviews.

The real tragedy, though, Beisert said, is the loss of a neighborhood destination for locals to spend their elder years.

“It was a nice enough place that people were living there for the last 170 years,” Beisert said. “The saddest thing is really that it’s closing at all.”